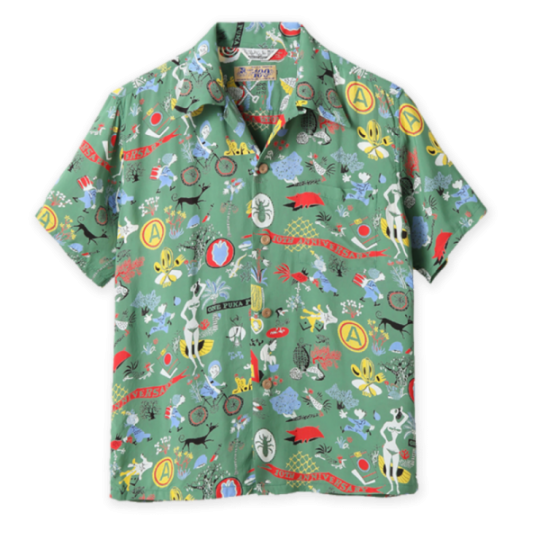 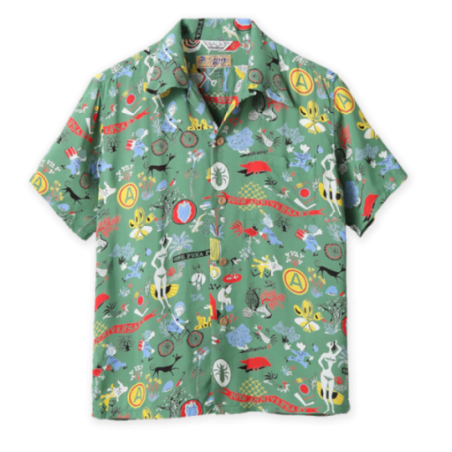 Formed after the Japanese attack on Pearl Harbor, the unit was made up primarily of second generation Japanese/American personnel.

In World War II, the Nisei battalion was composed largely of former members of the Hawaii Army National Guard. The 100th saw heavy combat during World War II, starting in September 1943 and continuing after being attached as a battalion of the Nisei 442nd Regimental Combat Team in June 1944.[6] The unit was unofficially nicknamed the Purple Heart Battalion, with the motto "Remember Pearl Harbor" and "Go for Broke", which was later adopted by other Japanese-American units.

This shirt is a perfect reproduction of the original shirts made HOLOHOLO in the 1950s. Made from real rayon fabric these shirts feel and drape just like an original vintage Hawaiian shirt should.