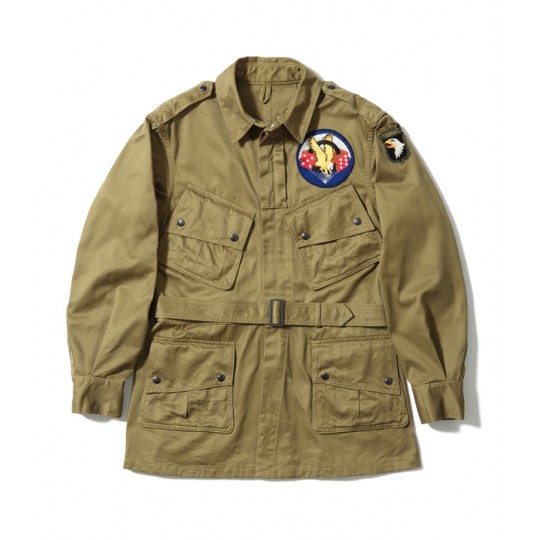 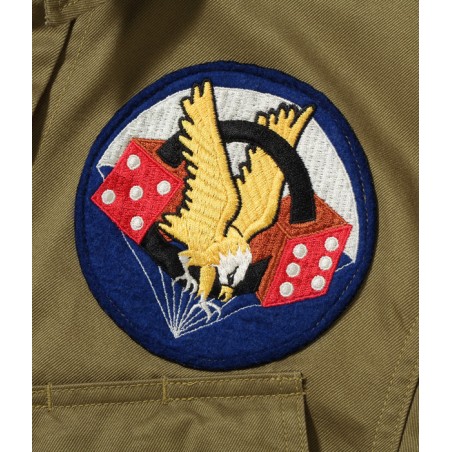 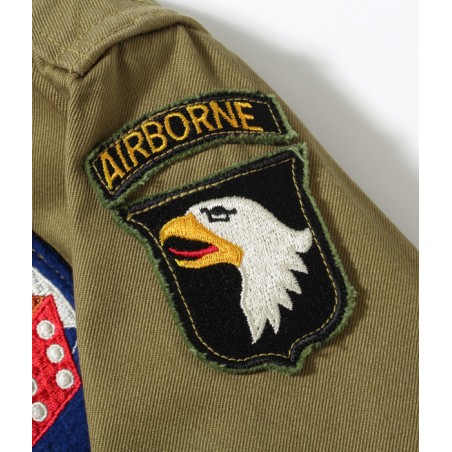 The elite US Paratroops where characterised by the wearing of this unique combat uniform. It's distinctive safari/hunter design, with angled double studded pockets became as much a part of the WWII U.S. Paratroopers' identity as their jump boots and parachute qualification wings.

One of the most famous units of the US paras in WWII was the 506th Infantry Regiment, which gained an illustrious reputation for it's combat in Normandy on D-Day. This was most prominently recognised in the HBO mini-series of 2000 Band Of Brothers’ which centred around Easy Company of the 506th

Many will have seen the award winning productions of “Saving Private Ryan” and “Band of Brothers”, both of which have re-invigorated interest in the units that took part in the Normandy battles - not least the US paratroopers and the 506th.

From the quality of the materials, to the cut and fit, these fine garments are virtually indistinguishable from an original. To further capture the essence of owning a vintage original, these have been given a post production wash.