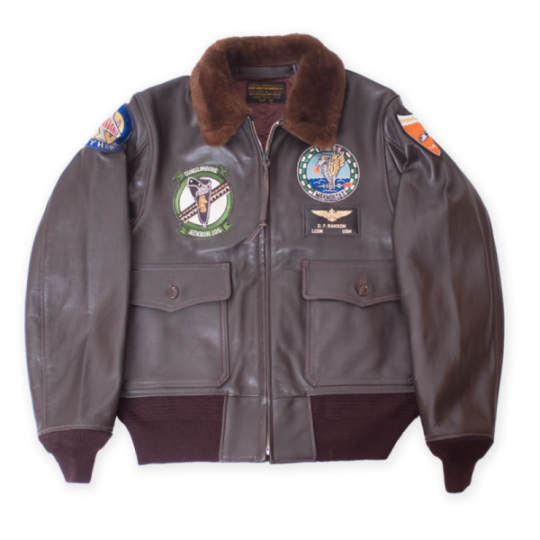 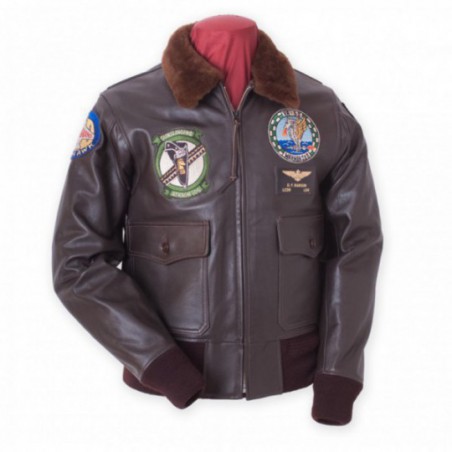 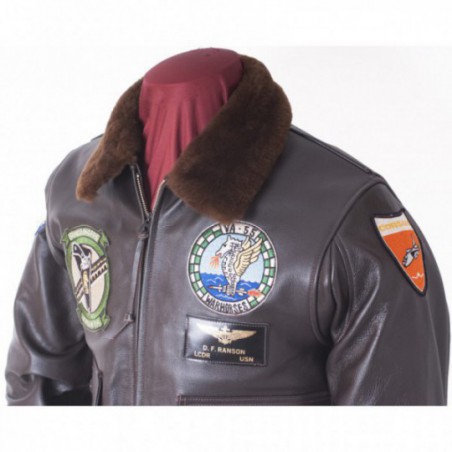 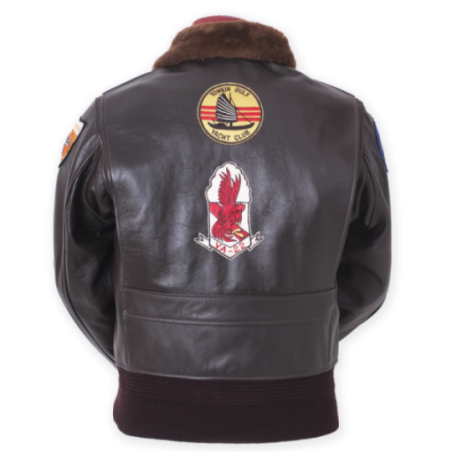 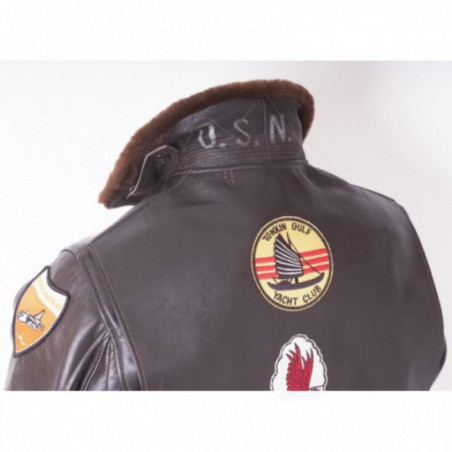 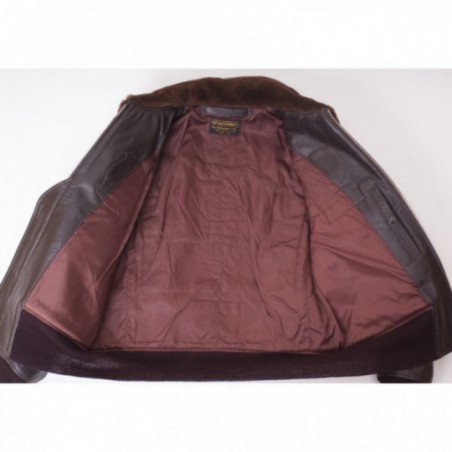 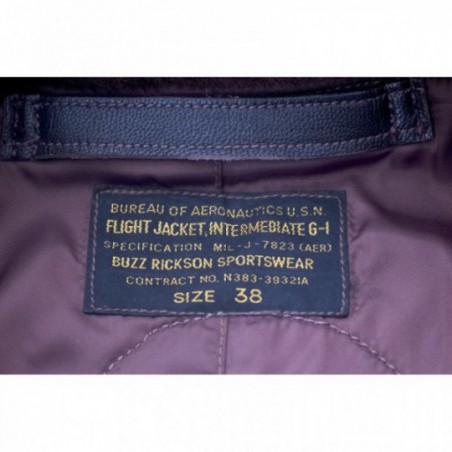 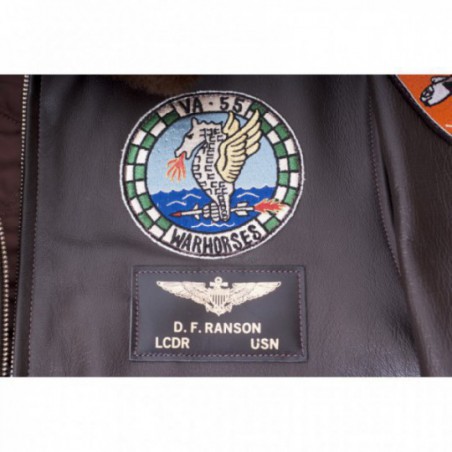 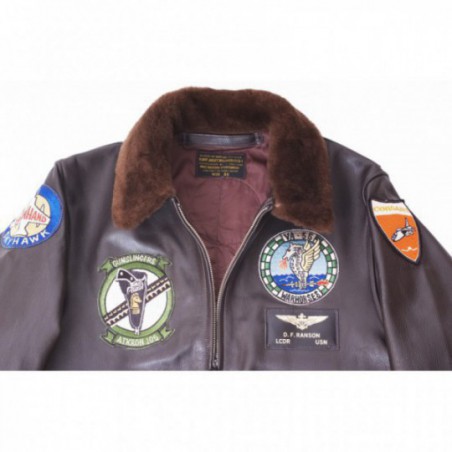 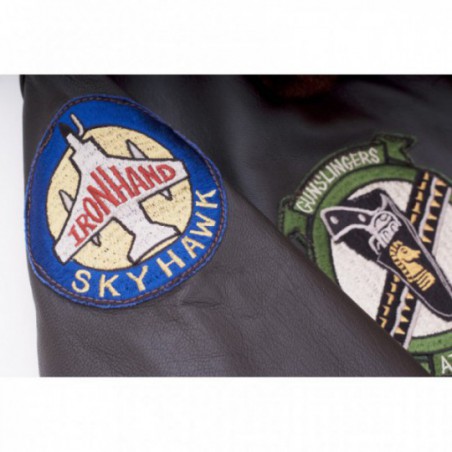 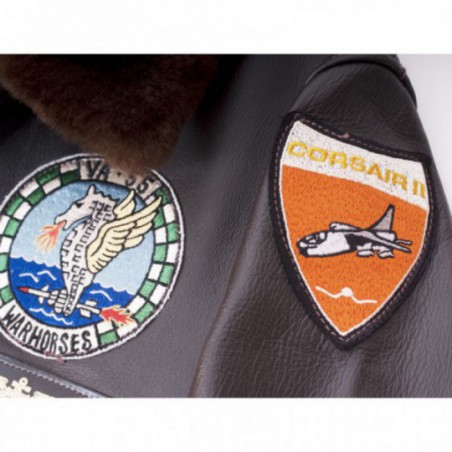 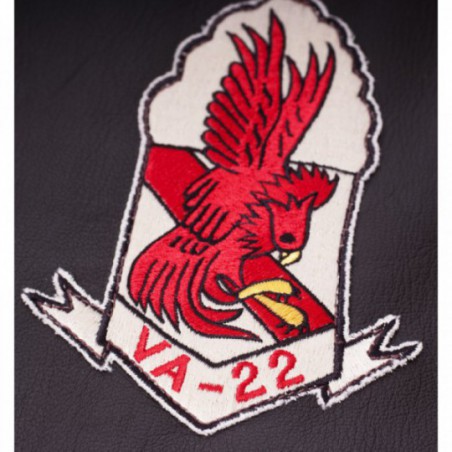 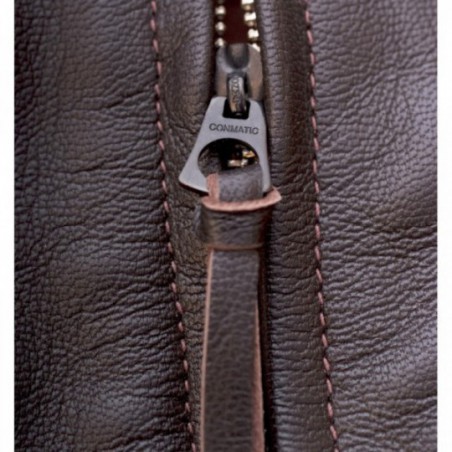 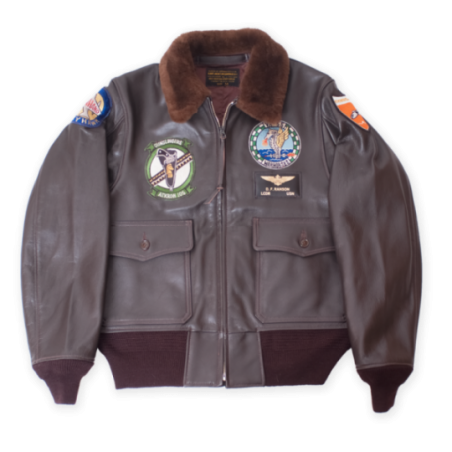 U.S. Navy squadron VA-105 was a strike fighter squadron also known as s the 'Gunslingers'. It was formed in 1952 and was active until 1957. The squadron was reinstated in November '67 and equipped with the latest A-7 Corsair light attack aircraft.

This jacket is a faithful recreation of the actual jacket worn by LCDR D. F. Ranson who also adorned his jacket with patches from other squadrons he had flewn with, namely VA-22 and VA-55.

(Operation Iron Hand was a joint United States Air Force and Navy operation conducted during the Vietnam War. It was a type of SEAD mission, primarily intended to suppress Soviet-supplied surface-to-air missile (SAM) systems in North Vietnam, although neutralizing radar-directed AAA was important as well. The "Iron Hand" is a metaphor to the steady hand and nerves of steel it took for pilots to fly directly at the radar-emitting anti-aircraft missile sites while the radar-seeking missiles flew down to destroy the target.)

This is a stunning historically accurate limited edition piece.